Wilbert and Tigermoth is the tenth episode of the first season.

Skarloey told Wilbert about Tigermoth, so Wilbert talks to Tigermoth. He doesn't get what he expects out of Tigermoth, though. Later, Tigermoth is flying in the air without his pilot, and he ends up crashing onto the ground, Tiger Moth can still fly but now he knows to fly with his pilot. 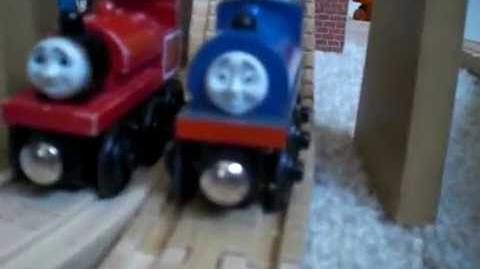 Wilbert and Tigermoth
Add a photo to this gallery
Retrieved from "https://keekre24andthomaswoodenrailway.fandom.com/wiki/Wilbert_and_Tigermoth?oldid=129631"
Community content is available under CC-BY-SA unless otherwise noted.