Victor's Loco Motives is the third episode of the thirteenth season.

Victor is not looking after himself, so when Kevin is left in charge of the Steamworks, he decides to help him.

This is Mighty Mac's last appearance to date, though he might appear in later seasons, but it's unlikely.

Thomas covered in paint.
Add a photo to this gallery 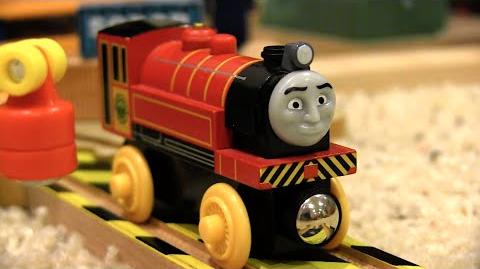