Toad Gets Towed is the eleventh (fourteenth in Australia) episode of the thirteenth season.

Toad is accidentally coupled up to Neville's train, instead of Douglas'. During his trip, he sees Sailor John and Skiff doing something suspicious.

Add a photo to this gallery 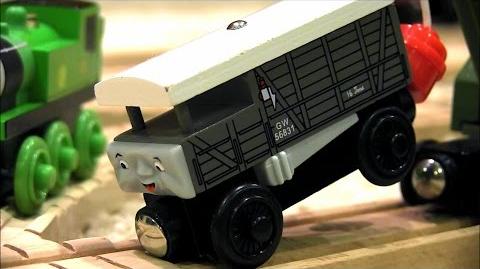 Retrieved from "https://keekre24andthomaswoodenrailway.fandom.com/wiki/Toad_Gets_Towed?oldid=137243"
Community content is available under CC-BY-SA unless otherwise noted.